Ask A Biologist: PLOSable - Do You Have a Caveman's Brain?

How much has the human brain changed from the brains of our ancient ancestors? Evolutionary psychologists think that the modern human brain has not changed much over the past 50,000 years, but other scientists disagree.

Codon: a small part of DNA or RNA that “codes” for an amino acid.

Evolutionary psychology: the scientific field that applies evolutionary ideas to understand types of human behavior like language and perception… more

Genome: all of the genetic information of an organism (living thing)… more

Trait: a characteristic of an organism that can be the result of genes and/or influenced by the environment. Traits can be physical like hair color or the shape and size of a plant leaf. Traits can also be behaviors such as nest building behavior in birds. 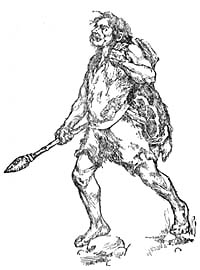 Are modern humans still wired to think like our earliest ancestors?

What comes to mind when you think of the word caveman? Maybe you picture the funny caveman from the GEICO commercials or remember the Flintstone family cartoon. Surprisingly, those cavemen may actually have a lot in common with modern humans. The big question is how much in common? In other words, how much has our modern brain changed from the brains of our ancient ancestors?

Evolutionary psychologists think that the modern human brain has not changed much over the past 50,000 years. Other scientists disagree, like the authors of the PLOS Biology article, “Darwin in Mind: New Opportunities for Evolutionary Psychology.”

Survival of the Prehistoric

You’re probably heard the word “evolution” and the word “psychology” but what is Evolutionary Psychology? Evolution is how organisms change over a very long period of time. Some traits that help organisms survive are passed on between generations. Survival depends on how well organisms are “adapted” or “fit in” to their environments. Psychology is the study of the human mind, how people behave and how they think. 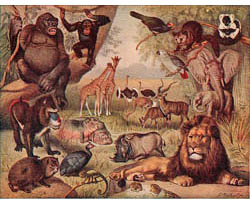 Some of the first humans that lived on the African plains had to have certain behaviors in order to survive environmental hazards and pressures. However, the human mind has changed a lot since that time.

If you put those two definitions together you can see that Evolutionary Psychology is the study of how the the human mind has changed over thousands of years.

According to traditional evolutionary psychologists, our modern minds function just like they would have millions of years ago. Researchers use a concept called the Environment of Evolutionary Adaptedness (EEA) to describe a really long time ago when ancient tribes hunted wild animals on African plains or people lived in caves and gathered around newly discovered fire. Some scientists within Evolutionary Psychology also believe that because the human brain is so complex, it evolves and changes at a very slow pace over a very long period of time. This idea is called evolutionary gradualism. 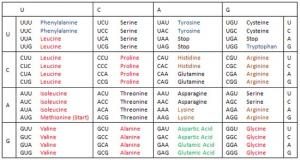 The genome contains a history of all the ancestors an organism had, and this information is coded as DNA. Technology can translate DNA into actual letters that can be read. By looking at modern human genomes and ancient human genomes, we can measure to what extent our genomes have changed over time. 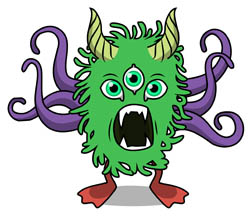 If you would like to try your hand at decoding the genome of another creature, try Monster Manual. You can click here on the monster to open Monster Maker and decode your own monster.

Scientists found that at least 10% of the modern human genome has changed within the past 50,000 years! Many of those changes relate to various brain functions. This means that the human brain has evolved since prehistoric days, which is the opposite of what traditional evolutionary psychologists thought.

Scientists also looked at how fast genetic change happened in 62 animal species, and discovered that a trait will change in only 25 generations. It may not seem like it, but in evolutionary terms, that’s pretty quick. This information helped to disprove the theory of evolutionary gradualism. Not only has the brain evolved, but it has evolved quickly, not slowly.

So your brain really is different from a caveman’s brain!

Early cavemen drawings by Margaret A. McIntyre, via Wikimedia Commons.