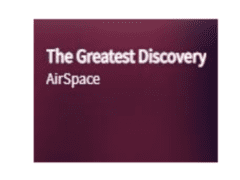 If you had $500 MILLION dollars to spend going anywhere in the solar system (rocket not included), where would YOU go?

That’s exactly what NASA asks scientists in its Discovery Program – a (relatively) low budget, but influential, class of missions designed to increase our understanding of our stellar neighborhood through creative concepts that don’t quite fit anywhere else.  Think of them as the indie movies of space exploration…they may cost less, but they more than make up for it with bold ideas and chutzpah. Emily, Matt, and Nick discuss the four potential missions currently under consideration, and Emily speaks with Dr. Louise Proctor, the principle investigator of the proposed Trident mission to Neptune’s moon Triton.