StarTalk: Would You Be a Space Tourist? 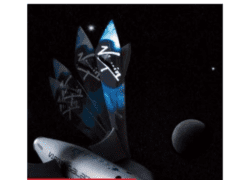 Richard Branson has formed Virgin Galactic and is now taking reservations aboard the maiden voyage of SpaceShipOne.

Neil and Lynne also discuss the mechanics of sex in space.