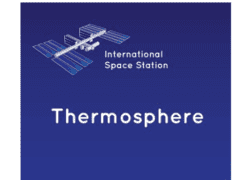 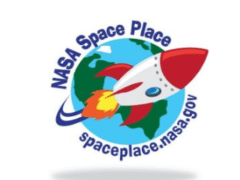 The thermosphere lies between the exosphere and the mesosphere.

“Thermo” means heat, and the temperature in this layer can reach up to 4,500 degrees Fahrenheit. If you were to hang out in the thermosphere, though, you would be very cold because there aren’t enough gas molecules to transfer the heat to you. This also means there aren’t enough molecules for sound waves to travel through.

This layer of Earth’s atmosphere is about 319 miles (513 kilometers) thick. That’s much thicker than the inner layers of the atmosphere, but not nearly as thick as the exosphere.

The thermosphere is home to the International Space Station as it orbits Earth. This is also where you’ll find low Earth orbit satellites. There’s a lot going on in the thermosphere!

With material in both English and Spanish and resources for parents and teachers, NASA Space Place has something for everyone.