Ask A Biologist: PLOSable - Body Fat May Trick Your Tastebuds

People come in all shapes and sizes… but could storing more body fat affect your sense of taste? Scientists try to answer this question by looking at how well taste buds work in lean and obese mice.

Inflammation: a response by damaged or infected cells to attract immune cells.

Lean: thin, with little to no extra fat.

mRNA: (messenger RNA) a molecule made using DNA code. mRNA carries coded information about how to make proteins out of the nucleus, to another part of the cell, where the proteins can be made….more

Savory: a taste that is more salty than sweet; many salty, fatty foods are savory….more 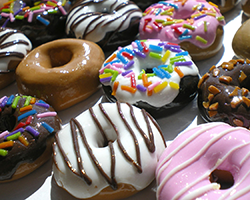 With so many donut options, how many would you take? Image by Michael Stern.

You see a box of delicious donuts but you’ve already had breakfast. What do you do? Take one or take ten? Most of us would probably eat one, feel happy, and then save the rest for later. We don’t finish all the donuts because our taste buds send a message to our brain that we’ve eaten something delicious and we can stop. However, this isn’t the case in all people. Some people have inflammation that can affect their taste, making it so their taste buds don’t work as well. One group that this can occur in is people who suffer from obesity. As a result, they might overeat due to their weaker sense of taste.

In the PLOS Biology article, “Inflammation arising from obesity reduces taste bud abundance and inhibits renewal ,” scientists looked at how obesity can affect taste. They investigated the effects of obesity on mice and found that obesity leads to a loss of taste buds.

What Is Obesity and Why Is It Dangerous? 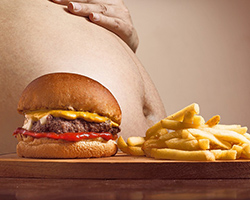 The chance of having health problems increases with being obese or overweight. Inflammation that occurs during obesity may have something to do with this.

Obesity is a health condition in which too much extra fat is stored in the body. It can increase the risk of disorders such as heart disease, cancer, and diabetes. People who eat too much, who don’t exercise enough, or who have relatives with obesity may be at a higher risk.

How Does Obesity Cause Other Health Problems?

Obesity causes low levels of constant inflammation. This inflammation is often accompanied by an increase in a chemical called TNFα, which is used by cells to talk to each other. TNFα protects your body from infections by causing the infected cells to kill themselves. This process, also known as apoptosis, is usually helpful. For example, if a cell gets infected with a virus, then killing itself will also kill the virus. So, some TNFα is important. 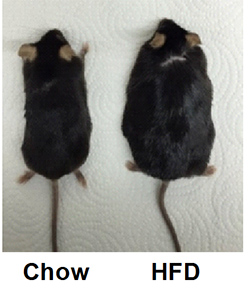 Mice are often used in research studies because they are very similar to humans in the way their bodies function. Some experiments are very hard to carry out in humans and so scientists often use mice to understand various human disorders.

Previous studies have shown that TNFα levels are higher in obese humans compared to humans who aren’t obese. Researchers wondered if this was the same in mice. 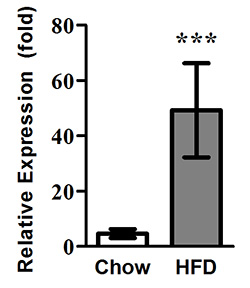 To figure this out, they first measured how many instructions for making TNFa  were made by cells in the taste buds of different mice. These instructions are called mRNA. TNFα levels were much higher in mice that had been fed a high fat diet.

A taste bud can contain between 50-100 taste cells. There are three main cell types, and each cell can detect one specific taste: salt, sweet, umami (a savory taste), bitter, or sour. Taste cells live for an average of around 10 days, after which they die and are replaced by new ones.

The number of taste buds in mice that were fed with chow (left) compared to the ones who were fed with a high fat diet. A taste bud is a collection of these cells stained in red, like the one shown in the white circle.

The levels of TNFα seemed to be related to the number of taste buds. However, how TNFα causes this loss was still unknown. Is it from high levels of excess fat in the body? Or is it directly due to a high fat diet?

To answer these questions, the scientists looked at mice that were unable to make TNFα. In these mice, taste bud numbers were the same in lean and obese mice. So when the TNFα was removed, the effect on taste buds disappeared. This meant that TNFα was the likely cause of taste bud loss. Now, remember that TNFα is produced by the fatty tissue. This means that the high fat diet itself was not directly changing the number of taste buds in the mouth. 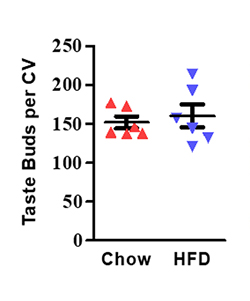 Scientists still don’t know how TNFα damages taste buds, but their results bring up new ideas to prevent the loss in taste that can occur with obesity. Taste buds play an important role in telling your brain how satisfying a meal is. If the number of taste buds decrease, it is a serious problem because it can cause a cycle of overeating. The smaller number of taste buds do not send enough “satisfied” signals to the brain. As a result, an obese person might continue to overeat to feel satisfied, causing weight gain. That weight gain, in turn, could damage more taste buds.

However, if we focus more research on TNFα, maybe we can figure out how to reduce the inflammation it causes. Reducing inflammation might help prevent overeating. Such research may one day help people with obesity to control their diets better and lead healthier lives.