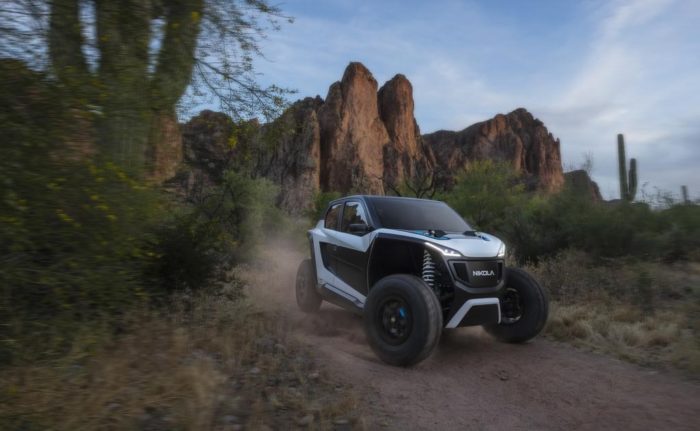 Nikola Motor Co. has a bold vision of transforming transportation with its zero-emission vehicles with autonomous capabilities, and Michael Erickson was the person hired to deliver on those promises in the company’s powersports division.

While hydrogen-electric and battery-electric semi-trucks are still the focus for the Phoenix-based startup, Nikola’s electric powersports division is getting set to roll out an all-terrain vehicle for consumers and utility-terrain military vehicles, as well as a personal watercraft.

The powersports vehicles will use the same technology and drivetrain as the semi-trucks and are planned to start rolling out next year, along with the other vehicles, said Erickson, president of Nikola Powersports. The company has plans to build out a huge manufacturing facility in Pinal County, south of Phoenix.

“Our mission is to transform the transportation industry while improving our employees’ lives and leaving the world a better place,” said Erickson, who spoke Feb. 11 at the Association for Corporate Growth Arizona breakfast in Phoenix. “When you set big, hairy goals, it helps you get further than setting smaller goals.” 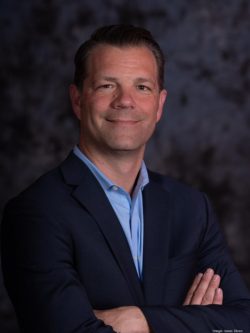 Michael Erickson is the president of Nikola Powersports.

Nikola’s NZT off-road vehicle will be available starting at $80,000 for the open-air version, coming out next year. A closed version with air conditioning and heating also is in the works.The NZT has up to a 150-mile range, with 590 horsepower and promises speeds of 60 miles per hour in 4 seconds.

Erickson joined Nikola in May 2018 and is employee No. 44. He spent most of his career working for Honeywell International Inc. (NYSE: HON) and Polaris Industries before reaching out to Nikola CEO Trevor Milton on Linkedin.

Nikola announced its newest vehicle earlier this month: The Badger, what the company calls the “world’s most advanced zero-emission fuel-cell electric or battery-electric” pickup truck.

Nikola says the Badger can go from zero to 60 mph in 2.9 seconds, and has an estimated 600-mile range.

The first Badger is expected to be unveiled at the Nikola World public event in September, with production planned in 2021. It will be built with another undisclosed original equipment manufacturer Nikola is in negotiation with, Erickson said.

“With a partner that would give them the majority of the [manufacturing] load versus Nikola,” he said. “This leverages our technology, but is not a core part of our portfolio.”

Dave “Heavy D” Sparks, a reality TV star from the “Diesel Brothers” television show is partnering with Nikola to design, build and test the Badger in real-world environments, with the process followed by millions of viewers expected from concept through production. 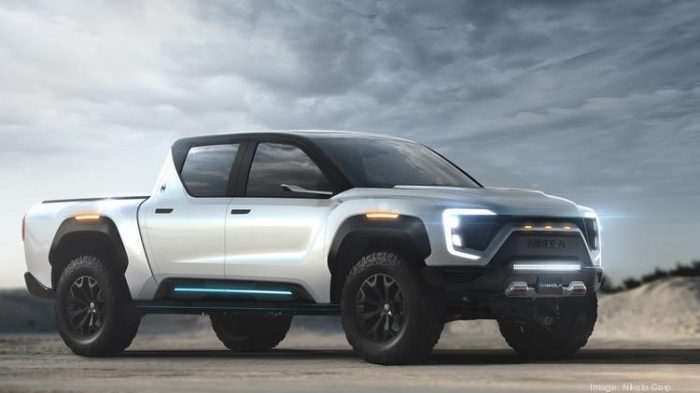 The Nikola Badger is what the Phoenix-based company calls the “world’s most advanced zero-emission fuel-cell electric or battery-electric” pickup truck.

One big obstacle for Nikola’s hydrogen-electric vehicles is building out the infrastructure for hydrogen fueling stations. Nikola says it will build 700 hydrogen stations in North America by 2028, along with 70 stations in Europe by 2032.

The Phoenix headquarters has the first hydrogen fueling station, and initial plans are to start with eight stations in the Southwest based on various launch partnerships, including the company’s biggest client, Anheuser-Busch, Erickson said. The beer giant ordered 800 Nikola semi-trucks as part of its sustainability efforts.

“Other large transportation companies are getting in the hydrogen- or battery-electric game, so this is the future,” Erickson said. “The only thing that threatens that is if battery technology improves energy density and range as much as what hydrogen can provide, but that’s years down the road.”

Nikola has plans to build a fuel cell development laboratory in the Valley, but has not announced a location or a date when that would occur. Erickson said this is still in the works.

As Nikola prepares to build its 1 million-square-foot Arizona electric semi-truck plant in Coolidge starting at the end of the year, Nikola is partnering with IVECO and FPT Industrial, the commercial vehicle and powertrain brands of CNH Industrial NV, to manufacture Nikola’s first semi-truck in Ulm, Germany at the IVECO manufacturing facility.

London-based CNH Industrial invested $250 million in Nikola in September through its current $1 billion Series D round. The investment is part of a larger strategic partnership to accelerate adoption of its fuel-cell technology.

Testing for the battery-electric Nikola Tre semi-truck is expected to begin in mid 2020, with a fuel-cell version expected to launch in 2023. The Tre will be available for both the European and U.S. market, Erickson said.

“The battery-electric Tre is the company’s No. 1 priority,” he said.

Nikola has 260 employees and is hiring fast, with plans to bump the payroll up to 400 workers by the end of the year.