But Why?: Why Is There A Big Patch Of Garbage In The Pacific Ocean? 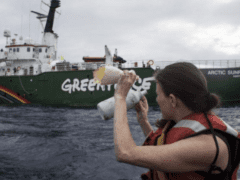 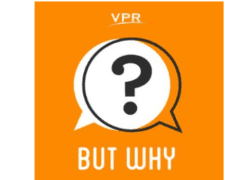 Why is there a big patch of garbage in the Pacific Ocean?

Four-year-old Leon has heard of the Great Pacific Garbage Patch and he wants to know what the deal is. So we speak with someone who’s actually been there! Teen Vogue News and Politics Editor Alli Maloney visited the garbage patch last year for a series called Plastic Planet. But in this episode we’ll also explore how young people are becoming activists, trying to reduce the amount of plastic waste produced, waste that sometimes goes into the ocean. Anika Ballent, with the non-profit Algalita, shares what kids can and have been doing.

But Why is a show led by you, kids!

You ask the questions and we find the answers. It’s a big interesting world out there. On But Why, we tackle topics large and small, about nature, words, even the end of the world.

On But Why, we tackle topics large and small, about nature, words, even the end of the world.