From the Editor: This Valley Woman’s Work is Out of This World

From the Editor: This Valley Woman’s Work is Out of This World 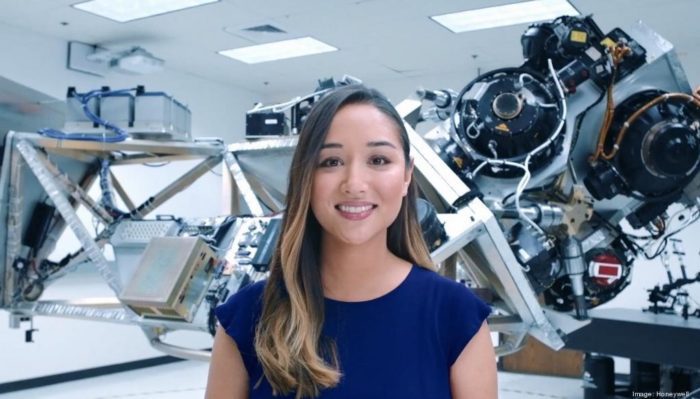 Phoebe Henson is part of a team of engineers working on a technology breakthrough for NASA at Honeywell’s Glendale facility.

For many people, space may represent the final frontier, but for Phoebe Henson, it’s business as usual.

Henson, a Phoenix-area native who turns 27 on Friday, has a sharp and inquisitive mind, something necessary if you are part of a team of engineers working on a project to help astronauts breathe easier when they spend long periods of time cramped inside a space capsule.

She works for the Human Space Group at the Honeywell Aerospace facility in Glendale, one of about 15 employees developing a system for NASA that can remove excess carbon dioxide from the air inside the International Space Station. Astronauts aboard the space station have complained of fatigue and headaches caused by the higher levels of carbon dioxide in their oxygen supply, something Henson said would present an even more challenging situation on future planned missions to Mars that would last even longer.

In layman’s terms, the ionics liquids system Henson and her colleagues are working on uses advanced materials to capture and filter out the carbon dioxide from the air supply, so the excess carbon dioxide can be dumped into space or sent to a separate recycling system and turned back into oxygen. Honeywell had developed the technology in-house and pitched it to NASA, which awarded the company a contract to develop the system for the space station. The system could go into use by the end of 2021 or early 2022.

Henson has received a number of accolades in recent weeks, considering she was one of a handful of Arizonans named at the end of 2019 to Forbes magazine’s 30 Under 30 list of rising stars. If any of the state’s nonprofits or school boards that focus on promoting STEM — science, technology, engineering and math — as a key educational component for young girls are paying attention, I’d say Henson’s calendar should fill up pretty quickly with invitations to speak to female students to turn them on to math and science.

“I think STEM is incredibly important for kids to learn. Science, math and engineering are all things that will take us into the future,” Henson said. “I think a lot of kids in school now are way brighter than me, with the coding they’re learning.”

The graduate of Desert Mountain High School — who, by the way, favors “Star Trek” more than “Star Wars” — said her parents were instrumental in finding fun math games for her to work on. She said in high school she hung out with fellow nerds who stuck together and kept a focus on STEM studies. After she graduated with her engineering degree from Arizona State University in 2015, she went to work right away for Honeywell, where she interned a year earlier.

But she’s not quite ready to toss her name into the hat to be an astronaut.

Said Henson, “I’d love to go to space one day, but I’m more of a creator of technology [for space travel] rather than someone to go on the missions.”