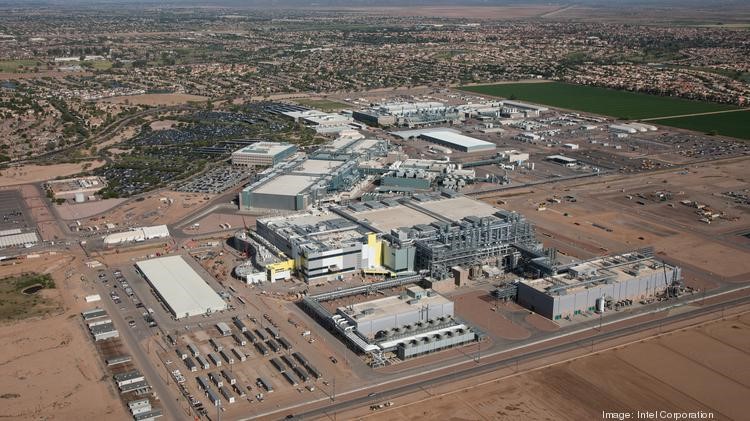 Intel Corp. on Feb. 8, 2017, announced plans to invest more than $7 billion to complete Fab 42. On completion, Fab 42 in Chandler, is expected to be the most advanced semiconductor factory in the world.

A new $600 million tax-exempt bond has been approved for Intel Corp. through Chandler’s Industrial Development Authority for improvements at its Arizona semiconductor manufacturing plants.

Intel plans to use the money toward capital expenses for certain environmental facilities in connection with portions of its Valley plants.

The project supports Intel’s $7 billion manufacturing expansion for its Chandler facilities, which is expected to create 3,000 new jobs and more than 10,000 long-term jobs in Arizona, according to city documents.

Intel announced plans in February 2017 to invest more than $7 billion to complete what it calls the most advanced semiconductor factory in the world in Chandler.

The new bond is on top of a $500 million bond approved in February 2019 to support the construction of the future high-volume semiconductor factory, known as Fab 42, said Intel spokeswoman Linda Qian.

“As to what the funds are used for, the federal government strictly defines what expenses are eligible for the use of bond proceeds,” Qian said in an email. “Generally, they are limited to those projects that promote clean air, water or reduce hazardous materials.”

The bonds issued in 2019 were used for the acquisition, construction and equipping of industrial sewage and wastewater treatment facilities and solid waste disposal or recycling facilities as part of Intel’s semiconductor manufacturing plant, according to city documents.

Fab 42 is operational but construction is ongoing, Qian said.

Santa Clara, California-based Intel (Nasdaq: INTC) has 10,400 employees in Chandler. Intel has been No. 1 on the Phoenix Business Journal’s Manufacturers list since it was revised in 2012.