We Must Be In The Future

We Have Flying Cars

One of the most common predictions people have made about the future is that it will have flying cars. We must be in the future then, because on June 28th, 2021, a car that can transform into an aircraft flew a 35 minute flight across Slovakia from Nitra to Bratislava. The flying car completes first ever inter-city flight (Official Video)

Flying cars have been in development for some time now but a true milestone in “dual transportation vehicles” was crossed this summer. After the successful flight, the co-founder of Klein-Vision, Anton Zajac, stated “AirCar is no longer just a proof of concept; flying at 8,200ft at a speed of 100kt, it has turned science fiction into a reality.”[1] 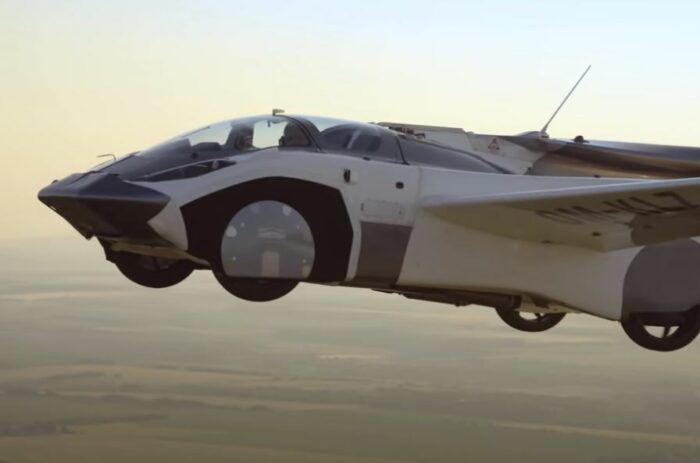 Klein-Vision’s AirCar is a dual-mode car-aircraft vehicle that can legally drive on the roads and, with proper runways, can fly. It achieves this dual-mode transportation with transformer-esque quality. With a press of  a button the AirCar can deploy its wings for flight then, after it lands,  it can retract its wings to drive off the runway and onto the highway.

However, Klein-Vision is not the only company to be developing personalized flying vehicles. There is an entire market emerging for personalized flying vehicles that is anticipated to take off in the 2030’s. Automotive giants including Volkswagen, Hyundai, and General Motors (GM) are developing their own prototypes to compete for the future of transportation. In the next decade it is likely that we will see multiple interesting  concepts for flying cars, drones, or other aircraft.

An example worth sharing is General Motors (GM) Cadillac Vertical Takeoff and Landing (VTOL). The VTOL is short ranged personal transport, designed to be an automatic flying taxi to take a passenger across the city.[1] This swanky urban transportation vehicle is still in development, but in due time it might become a normalized feature of city transportation. If many people were to use this personal drone-like vehicle to fly to their destination it would greatly reduce traffic congestion in cities! Additionally, if they are fully electric then less cars would be choking up the urban air with exhaust and smog.

It seems that we might see a race for commercializing flying vehicles in the coming decades. With multiple automotive industries looking to perfect their own version of flying or dual transportation vehicles, more people can feel like they are living in the future as they soar through the sky. Only the wealthiest of clients will be able to afford these vehicles. However, like the car and the cell phone, it is likely that flying-vehicle-technology will become more affordable to more people. In the near future you might have to get your driver’s license and pilot’s license! 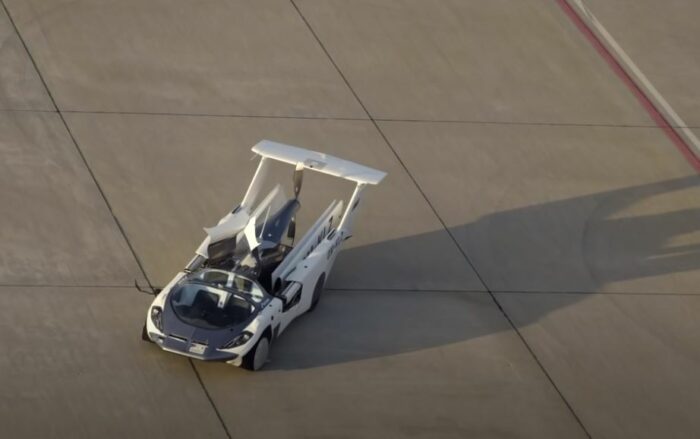 With flying cars and other forms of technology continuing to advance, the world we live in will continue to become more complex. Even today our cars have computers and the internet connects billions of computers from around the world. It is more important than ever for citizens in such a technical and scientific world to be STEM literate. It would be difficult enough to live in our world today without any knowledge of how to work a computer, a more technologically advanced future would require even more STEM experience to work, play, and live.

Look, up in the sky – it’s a flying Cadillac! GM unveils futuristic vehicle