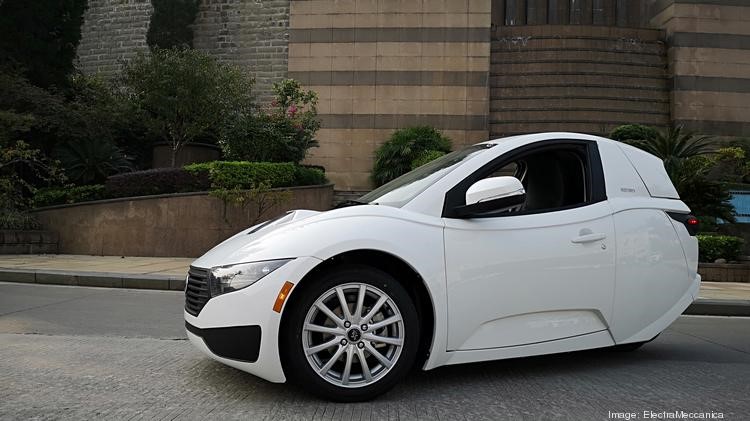 ElectraMeccanica manufactures a three-wheeled electric vehicle called the Solo. The Canadian company is considering Arizona and several other states for a U.S. production facility.

Arizona is on the short list for a potential facility for yet another electric vehicle manufacturer.

Based in Vancouver, British Columbia, the company hired BDO USA’s Site Selection and Business Incentives Practice to narrow down the choice of potential locations, which were chosen based on their availability of labor, business-friendly climate and reputations for aiding businesses by streamlining approvals and incentivizing business development, Tom Stringer, leader for BDO’s practice, said.

The final decision for the site will be made by the third quarter of 2020.

“Companies want to look for an ecosystem where there’s a proof of concept,” Stringer said.

The company is working with the Arizona Commerce Authority and the Greater Phoenix Economic Council in the selection process, Stringer said. A representative from GPEC said the organization has signed a nondisclosure agreement and could not discuss the project.

The facility is expected to employ 200 people and will include an assembly facility and engineering technical center.

“This strategic initiative will not only allow us to limit uncertainties in the global supply chain, but also grow our talent pool of engineering resources and seize the tremendous market opportunities in the USA,” Paul Rivera, CEO of ElectraMeccanica said in a statement.