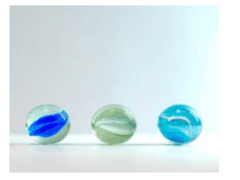 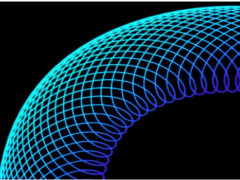 In our course reader: ‘Infinite Powers’ (2019), mathematician Steve Strogatz describes an important moment in mathematical history, featuring one of the world’s most important scientists: Galileo Galilei.

Galileo, an Italian astronomer, physicist and engineer, who lived in the 1700’s wanted to measure how fast objects fell, but there were no video cameras, or even accurate clocks to help this endeavor. Galileo was not deterred by these challenges and he set up an experiment. Instead of dropping a rock off a bridge he allowed a ball to roll slowly down a ramp. To measure the time passing he used a water clock.

The “clock” allowed water to flow and when he wanted it to stop he closed a valve to stop the water flow. By weighing how much water had gathered he could quantify the time passed. Galileo made the ramp almost horizontal so that he could measure the speed of his falling object, measuring distance against time. This is when he found something incredible – the odd numbers 1,3,5,7 … hide inside the falling of objects. Strogatz explains this saying: “Let’s suppose the ball rolls a certain distance in the first unit of time. Then in the next unit of time it will roll three times as far, and in the next unit of time it will roll 5 times as far … It’s amazing; the odd numbers 1, 3, 5 and so on are somehow inherent in the way things roll downhill” (p67). Strogatz notes that he can “only imagine how pleased Galileo must have been when he discovered this rule.” (p67).

In this activity we invite students to conduct their own version of Galileo’s experiment, enabling them to use derivatives as rates and to consider the differences between average and  instantaneous speed. The task illustrates the big idea of derivatives as a tool for understanding and describing movement in the universe.

This page shares some of the lessons we used in our new class for Stanford undergraduates.