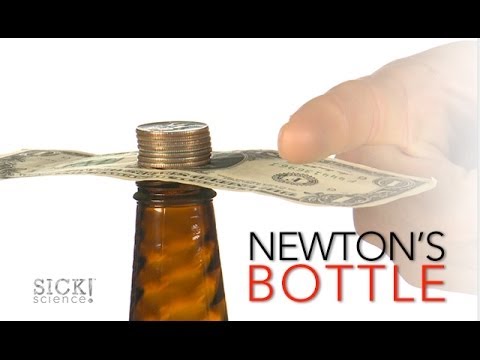 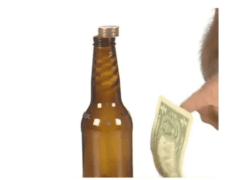 You reveal the inertia portion of Newton’s First Law of Motion with paper money, a few coins, and two soda bottles.

Sometimes a science demonstration based on inertia comes off as a “trick” to some people. Some of these tricks drop eggs into water and others have you whipping a tablecloth out from under some dishes. Newton’s Bottle is another fantastic demonstration of inertia which is the centerpiece in his First Law of Motion. You might even earn a few bucks if people are willing to put their money where their skeptical mouth is. It’s a side benefit to you for knowing the science.