StarTalk: When Science Crashes the Party 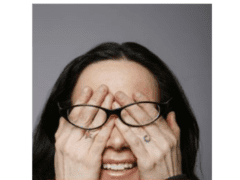 In the many battle skirmishes between Democrats and Republicans, science is often caught in the crossfire. From military technology to health care to our future in space, politicians have the power to decide — often for ideological reasons — what science gets funding and what gets cut.

Actress, comedian, and political activist Janeane Garofalo joins the show to lay out the political theater as she sees it, and cedes no ground on whether scientific issues should ever be a topic of partisan debate. Neil also talks with Robert Walker, a former Republican Representative for the state of Pennsylvania who sat on the House Science Committee for 20 years.