StarTalk: The Physics of Superheroes, the Sequel 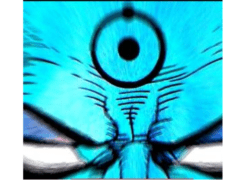 Doctor Manhattan of Watchmen can use quantum mechanics to travel through the universe and see into the future.

Professor X of The X-Men can use electromagnetism to read your mind. Doctor Solar has power over the periodic table. “The Atom,” whose alter-ego is a physics professor, can shrink down to sub-atomic size thanks to help from a white dwarf star. (Funny how many characters in superhero comics have advanced degrees…).

These are just a few of the topics of discussion in our second superheroes show, which features more of Neil’s interview with James Kakalios, physics professor at the University of Minnesota and author of “The Physics of Superheroes” and “The Amazing Story of Quantum Mechanics.” Theoretical physicist Michio Kaku also joins us and explains why the freaky realm of quantum mechanics is a better reflection of reality than your common sense, and he predicts which superpowers will soon become possible thanks to scientific technology. Chuck Nice thinks it’s probably a good thing he doesn’t have superpowers, because otherwise he would make everyone “kneel before Zod.”