StarTalk: Science at the Movies 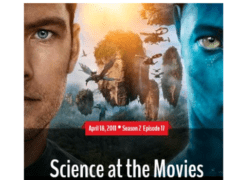 From the seminal 1902 movie, A Trip to the Moon, to recent blockbusters like James Cameron’s Avatar, science has been a steady source of inspiration throughout the history of film. But how much of the science presented on the silver screen is accurate, and how much is misguided or just plain wrong?

From the mineral “unobtanium” in Avatar, to the spaceships of 2001: A Space Odyssey, to the comet in Deep Impact, to the genetics of Jurassic Park and Gattaca, to the apocalyptic disasters of The Core and 2012, Phil Plait, “The Bad Astronomer” joins Neil deGrasse Tyson and comedian Leighann Lord to review the Good, the Bad and the Ugly of science in the movies.