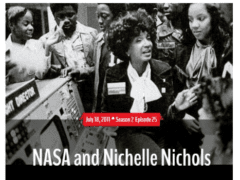 Many were inspired to become astronauts thanks to her efforts, including NASA’s current administrator, General Charles Bolden. While she continues working through various endeavors to get young people excited about space, she hopes that the power of Star Trek will inspire us to keep pushing the boundaries of the final frontier.