StarTalk: Let There Be Light 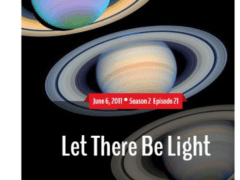 The universe is awash with radiation, from long wavelength radio waves to short wavelength gamma rays.

The entire electromagnetic spectrum is not perceptible to us—the human eye can only detect visible light waves—but space telescopes and other technology act as our spy-glasses on the invisible realm. Michael Benson, Brian Abbott and Carter Emmart discuss the different ways they use data collected from the Hubble Space Telescope and our other mechanical eyes in the sky to reveal the artistic majesty of the cosmos. Neil and Lynne discuss light’s biography, from its birth in the Big Bang to the dying of the light at the end of time.