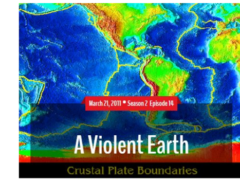 On March 11, 2011, one of the most powerful earthquakes ever recorded struck the island of Japan.

The 9.0 magnitude quake generated a huge tsunami, and a nuclear power plant located on the coast was damaged by the giant wave and began leaking radioactive contamination.

“We want to give you the science that’ll enable you to understand and interpret the news reports we’re getting from the Pacific Rim, says Neil. In this show, he talks with his colleagues at the American Museum of Natural History: Steven Soter, an expert on Earth phenomena and tsunamis throughout history, and James Webster, a geologist who specializes in volcanoes. They discuss how the planetary activity deep beneath our feet makes itself known through earthquakes, volcanoes and tsunamis.