Short Wave: The US And The Paris Climate Agreement: 5 Things To Know 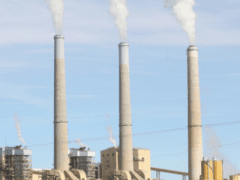 President Trump announced his intention to withdraw from the landmark Paris climate agreement in 2017 and formally notified the United Nations last year. A mandatory yearlong waiting period ended on Wednesday. Of the nearly 200 nations that signed the agreement, the U.S. is the only one to walk away from its promises to reduce greenhouse gas emissions.

Here’s more of Rebecca Hersher’s reporting on the official withdrawal.

This episode was fact-checked by Ariela Zebede and edited by Gisele Grayson.