Short Wave: The U.S. Doesn't Use The Metric System. Or Does It? 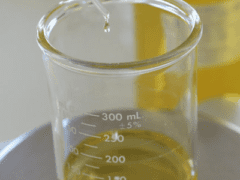 From currency and commerce, food labels to laboratories, the metric system is the foundation of many science and math fields.

And while the United States hasn’t fully adopted the metric system, the International System of Units (or SI, as it’s officially known) has a role to play in our everyday lives.

To mark our 100th episode (a multiple of 10, which is the basis for the metric system!), we spoke with Elizabeth Benham, Metric Program Coordinator at the National Institute of Standards and Technology, about the history of the metric system in the United States.

This episode was produced by Brit Hanson and edited by Viet Le.