Short Wave: Myth Busting 'Blind As A Bat' And 'Memory Of A Goldfish' 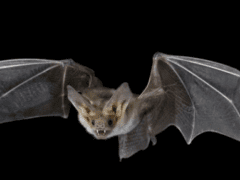 If you’re stubborn, you might be called “pig-headed.” Is your room at home a mess? A parent might call it a “pigsty.” If you’re being rude, someone might call you a “jacka**” — you get the drift.

But what validity is there to these statements?

We’re starting with the phrases “blind as a bat” and “memory of a goldfish” because they are problematic, for multiple reasons. For one, the phrases are often used in a derogatory manner and it is not cool to make fun of people based on their physical or mental abilities.

And second, the phrases aren’t even true.