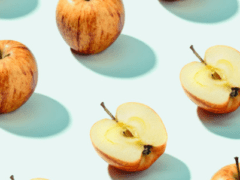 Many folks eat an apple and then throw out the core.

It turns out, the core is perfectly ok to eat – despite apple seeds’ association with the poison cyanide. In today’s episode, host Maddie Sofia talks to producer Thomas Lu about how apple seeds could potentially be toxic to humans but why, ultimately, most people don’t have to worry about eating the whole apple. And they go through some listener mail.

Check out more apple reporting from NPR and feel free to e-mail Short Wave at shortwave@npr.org.

This story was produced by Brit Hanson, edited by Gisele Grayson and fact-checked by Ariela Zebede.