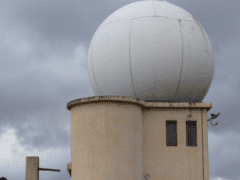 Accurate weather forecasting can be a matter of life or death.

So countries with less money like Mozambique face a big challenge. They can’t build and maintain their own weather radar or satellites. Instead, they rely on weather maps created by wealthier countries, like the U.S. NPR climate reporter Becky Hersher tells us what that means for Mozambique, a country where the weather’s gotten worse as the climate changes.

Continue the conversation using #NPRShortWave on Twitter. You can reach Maddie on Twitter at @maddie_sofia. Becky’s @rhersher. Plus, reach the show by emailing shortwave@npr.org.