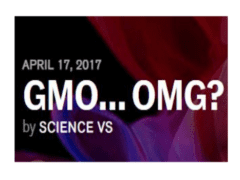 Science Vs peels back the label on GM foods to find out whether they’re safe to eat and what impact they can have on the environment.

Both sides of the debate have written impassioned songs, but what does the science say? We talk to Prof. Fred Gould, Dr. Janet Cotter, and Prof. David Douches to find out. ***Please note*** this episode has been updated. In the original version we suggested that the Bt corn that killed monarch caterpillars was taken off the market as a direct result of studies demonstrating its harm. But although the corn was eventually taken off the market, the company that made it later told us it was phased out “for business reasons”, such as declining sales — and they did not mention the dead butterflies.