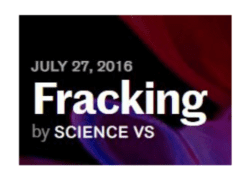 We often hear stories about fracking that go like this: a gas company comes to a small town, starts drilling wells, and then terrible things start to happen.

People get sick. Water burns from taps. Earthquakes ruin houses. And the climate will soon be destroyed.

Credits: This episode has been produced by Caitlin Kenney, Heather Rogers, and Kaitlyn Sawrey. Edited by Annie-Rose Strasser and Alex Blumberg. Production assistance by Austin Mitchell. Fact checking by Michelle Harris. Recordings from the Town Hall meeting in 2014 are from NPR’s WHYY reporter Katie Colaneri, and the team at NPR’s StateImpact Pennsylvania. Thank you. Big thanks to the Gimlet hive mind for comments, plus the Zukerman family. Music written by Bobby Lord. Sound design and music by Matthew Boll. Engineered by Austin Thompson.