Science News for Students: Ultrasound Might Become a New Way to Manage Diabetes 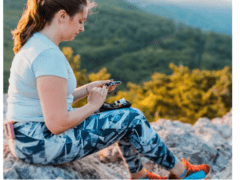 This form of energy releases insulin in mice. That might someday help control blood sugar in people

People with diabetes monitor their blood sugar to avoid organ damage. Many take drugs that affect insulin, a hormone that controls blood sugar. Researchers are exploring ultrasound as an alternative to those drugs.

acoustic     Having to do with sound or hearing.

biomedical engineer     An expert who uses science and math to find solutions to problems in biology and medicine; for example, they might create medical devices such as artificial knees.

cell     The smallest structural and functional unit of an organism. Typically too small to see with the unaided eye, it consists of a watery fluid surrounded by a membrane or wall. Depending on their size, animals are made of anywhere from thousands to trillions of cells.

control     A part of an experiment where there is no change from normal conditions. The control is essential to scientific experiments. It shows that any new effect is likely due only to the part of the test that a researcher has altered. For example, if scientists were testing different types of fertilizer in a garden, they would want one section of it to remain unfertilized, as the control. Its area would show how plants in this garden grow under normal conditions. And that gives scientists something against which they can compare their experimental data.

diagnose     To analyze clues or symptoms in the search for their cause. The conclusion usually results in a diagnosis — identification of the causal problem or disease.

digest     (noun: digestion) To break down food into simple compounds that the body can absorb and use for growth. Some sewage-treatment plants harness microbes to digest — or degrade — wastes so that the breakdown products can be recycled for use elsewhere in the environment.

engineer     A person who uses science to solve problems. As a verb, to engineer means to design a device, material or process that will solve some problem or unmet need.

frequency     The number of times some periodic phenomenon occurs within a specified time interval. (In physics) The number of wavelengths that occurs over a particular interval of time.

gauge     A device to measure the size or volume of something. For instance, tide gauges track the ever-changing height of coastal water levels throughout the day. Or any system or event that can be used to estimate the size or magnitude of something else. (v. to gauge) The act of measuring or estimating the size of something.

glucose     A simple sugar that is an important energy source in living organisms. As an energy source moving through the bloodstream, it is known as “blood sugar.” It is half of the molecule that makes up table sugar (also known as sucrose).

gut     An informal term for the gastrointestinal tract, especially the intestines.

hormone     (in zoology and medicine) A chemical produced in a gland and then carried in the bloodstream to another part of the body. Hormones control many important body activities, such as growth. Hormones act by triggering or regulating chemical reactions in the body.

insulin     A hormone produced in the pancreas (an organ that is part of the digestive system) that helps the body use glucose as fuel.

kidney     Each in a pair of organs in mammals that filters blood and produces urine.

mechanism     The steps or process by which something happens or “works.” It may be the spring that pops something from one hole into another. It could be the squeezing of the heart muscle that pumps blood throughout the body. It could be the friction (with the road and air) that slows down the speed of a coasting car. Researchers often look for the mechanism behind actions and reactions to understand how something functions.

membrane     A barrier which blocks the passage (or flow through) of some materials depending on their size or other features. Membranes are an integral part of filtration systems. Many serve that same function as the outer covering of cells or organs of a body.

mentor     An individual who lends his or her experience to advise someone starting out in a field. In science, teachers or researchers often mentor students or younger scientists by helping them to refine their research questions. Mentors also can offer feedback on how young investigators prepare to conduct research or interpret their data.

monitor     To test, sample or watch something, especially on a regular or ongoing basis.

obese     Extremely overweight. Obesity is associated with a wide range of health problems, including type 2 diabetes and high blood pressure.

pancreas     A gland found in animals with backbones that secretes the hormone insulin and enzymes that help break down foods in the gut.

preliminary     An early step or stage that precedes something more important.

pressure wave     (in geoscience) A type of wave that moves through materials in a manner similar to the movement of sound through air. That is, it jiggles the material back and forth along the same line as the path of the wave. Moreover, unlike other types of seismic waves, these can travel through more than just solids. They also can move through liquids and gases.

sensor     A device that picks up information on physical or chemical conditions — such as temperature, barometric pressure, salinity, humidity, pH, light intensity or radiation — and stores or broadcasts that information. Scientists and engineers often rely on sensors to inform them of conditions that may change over time or that exist far from where a researcher can measure them directly. (in biology) The structure that an organism uses to sense attributes of its environment, such as heat, winds, chemicals, moisture, trauma or an attack by predators.

side effects     Unintended problems or harm caused by a procedure or treatment.

type 2 diabetes     (see also diabetes) A disease caused by the body’s inability to effectively use insulin, a hormone that helps the body process and use sugars. Unless diabetes is controlled, a person faces the risk of heart disease, coma or death.

ultrasound     (adj. ultrasonic) Sounds at frequencies above the range that can be detected by the human ear. Also the name given to a medical procedure that uses ultrasound to “see” within the body.

wave     A disturbance or variation that travels through space and matter in a regular, oscillating fashion.