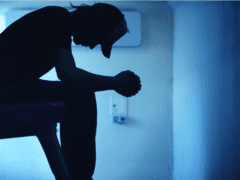 A disturbing number of teens and young adults question whether life is worth living. The good news: Resources are available to help them get through tough times, however hopeless they might feel at the time.

behavior     The way something, often a person or other organism, acts towards others, or conducts itself.

Centers for Disease Control and Prevention, or CDC     An agency of the U.S. Department of Health and Human Services, CDC is charged with protecting public health and safety by working to control and prevent disease, injury and disabilities. It does this by investigating disease outbreaks, tracking exposures by Americans to infections and toxic chemicals, and regularly surveying diet and other habits among a representative cross-section of all Americans.

clinical     (in medicine) A term that refers to diagnoses, treatments or experiments involving people.

concrete     To be solid and real.

data     Facts and/or statistics collected together for analysis but not necessarily organized in a way that gives them meaning.

peer     (noun) Someone who is an equal, based on age, education, status, training or some other features. (verb) To look into something, searching for details.

psychiatry     (adj. psychiatric) A field of medicine where doctors study and treat diseases of the human mind. Treatments may consist of talking therapies, prescription drugs or both. People who work in this field are known as psychiatrists.

self-harm     Intentionally injuring one’s body. Examples may include cutting, scratching or burning oneself. This unhealthy behavior is typically a way this individual attempts to cope with emotional pain. It’s usually not intended as a suicide attempt. Also known as self-injury.

statistics     The practice or science of collecting and analyzing numerical data in large quantities and interpreting their meaning. Much of this work involves reducing errors that might be attributable to random variation. A professional who works in this field is called a statistician.

stress     (in biology) A factor — such as unusual temperatures, movements, moisture or pollution — that affects the health of a species or ecosystem. (in psychology) A mental, physical, emotional or behavioral reaction to an event or circumstance (stressor) that disturbs a person or animal’s usual state of being or places increased demands on a person or animal; psychological stress can be either positive or negative.

suicidal     A mental state in which a person feels a strong impulse to take his or her own life (also known as committing suicide). Warning signs may include talking about wanting to die or about making plans to commit suicide; saying goodbye to people as if this person won’t ever see them again; taking steps to make it possible to commit suicide, such as obtaining a gun or drugs that could cause death; being obsessed with the subject of death or dying; and withdrawing from social contact in a way that is unusual for that person.