Science News for Students: Fighting Spider-Fear with a Little Spider-Man 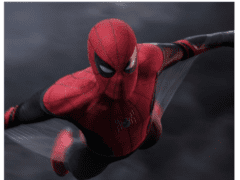 arthropod     Any of numerous invertebrate animals of the phylum Arthropoda, including the insects, crustaceans, arachnids and myriapods, that are characterized by an exoskeleton made of a hard material called chitin and a segmented body to which jointed appendages are attached in pairs.

arachnophobia      An extreme and irrational fear of spiders. Such people are sometimes referred to as arachnophobes.

bug     The slang term for an insect. Sometimes it’s even used to refer to a germ.

context     The setting or circumstances that help explain an event, some statement or some conclusion.

fire ant     A tropical American ant that has a painful and sometimes poisonous sting.

insect     A type of arthropod that as an adult will have six segmented legs and three body parts: a head, thorax and abdomen. There are hundreds of thousands of insects, which include bees, beetles, flies and moths.

phobia     An extreme or irrational fear of or aversion to something.

psychiatry     (adj. psychiatric) A field of medicine where doctors study and treat diseases of the human mind. Treatments may consist of talking therapies, prescription drugs or both. People who work in this field are known as psychiatrists.

spider     A type of arthropod with four pairs of legs that usually spin threads of silk that they can use to create webs or other structures.

survey      (with people) To ask questions that glean data on the opinions, practices (such as dining or sleeping habits), knowledge or skills of a broad range of people. Researchers select the number and types of people questioned in hopes that the answers these individuals give will be representative of others who are their age, belong to the same ethnic group or live in the same region. (n.) The list of questions that will be offered to glean those data.