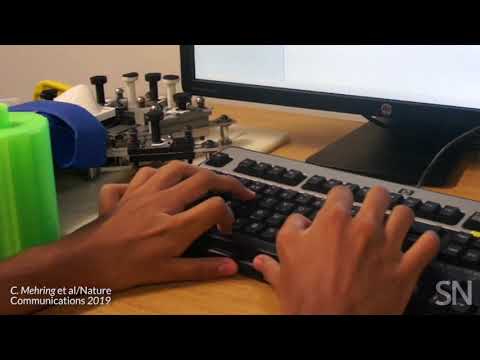 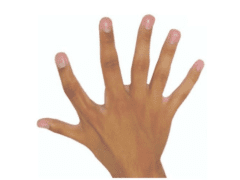 For one mother and son, it aided the ability to text, type and more

An extra finger on the right hand of a 17-year-old boy is controlled by its own muscles and tendons.

anatomy     (adj. anatomical) The study of the organs and tissues of animals. Or the characterization of the body or parts of the body on the basis of its structure and tissues. Scientists who work in this field are known as anatomists.

appendage     A finger, leg, ear, antenna or other feature that sticks out from some creature and has some apparent specific function.

bioengineer     Someone who applies engineering to solve problems in biology or in systems that will use living organisms.

digit     A structure, like a finger or toe, at the end of the limbs of many vertebrates. (in math) An individual numeral (from 0 to 9) used to represent a number or some part of a number.

muscle     A type of tissue used to produce movement by contracting its cells, known as muscle fibers. Muscle is rich in protein, which is why predatory species seek prey containing lots of this tissue.

subjects     (in research) The participants in a trial. The term usually refers to people who volunteered to take part. Some may receive money or other compensation for their participation, particularly if they entered the trial healthy.

tendon     A tissue in the body that connects muscle and bone.