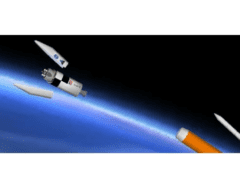 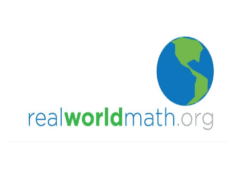 NASA’s endangered Constellation space program serves as the backdrop for this activity.

Rockets is the second spin-off from the Lunar Field Trip activity but this effort is based on reality.  Included with this activity is a set of SketchUp models depicting NASA’s next generation of spacecraft.  The main download is a SketchUp model that portrays different rocket propellant types, and four additional models depict the various Constellation spacecraft.  Used in conjunction with NASA’s education material there are numerous avenues to pursue for a variety of grade levels.

To begin, the science of rocketry can be examined with the Rocket Propellant Types model which depicts cross-sections of solid propellant and liquid propellant rockets.  NASA’s Rockets Educator Guide describes how Newton’s Laws of Motion apply to launching rockets into orbit.  These principles can be introduced to lower grades and be analyzed in greater depth in a Physics classroom.

NASA’s space shuttle program is scheduled to be retired within the next decade.  Their plan for future space exploration is called the Constellation Program.  It is a multifaceted plan to maintain existing programs, such as the International Space Station, and to return to the Moon with the goal of establishing a permanent outpost.  With international and commercial involvement, NASA hopes to “develop the innovative technologies, knowledge base, and infrastructure needed to support and sustain human exploration”.

The ARES I and V rockets are the vehicles NASA plans on using to accomplish these goals.  ARES I is a two-stage rocket with the manned Orion space capsule on top.  It is designed to carry six astronauts to the ISS or four to the Moon.  The unmanned ARES V rocket is planned to become NASA’s heavy lift cargo vehicle.  It consists of a core rocket flanked by two solid rocket boosters.  When it reaches orbit, the nose shroud will open and deploy the Altair lunar lander.  Altair will dock with Orion in orbit before both are propelled to the Moon.  Once lunar orbit is achieved, Altair will separate from Orion and descend to the lunar surface.  Upon completion of the surface mission, Altair’s upper ascent module will blast off and rendezvous with Orion.  After the crew transfers back to Orion, the ascent module will be jettisoned and Orion will begin its return trip to Earth.  These rockets and their mission are portrayed in a series of SketchUp models available below.

As I mentioned in the beginning, the Constellation Program is currently fighting for survival.  President Obama has proposed canceling the program in 2011 since it is “over budget, behind schedule, and lacking in innovation”.  This matter is currently being debated in Congress with options such as a modification of the program, its vehicles, and an increased commercial involvement being considered.  This all leads to an interesting scientific and moral debate you can have in your classroom.  Is space exploration a worthy endeavor?  Should humans return to the Moon and what are the benefits of a lunar outpost?  Does Mars or other reaches of our solar system offer any benefits to our lives?  Are there better uses for the amount of money this will cost?  These questions and more can be discussed in class or serve as essay topics.  Student groups  can take positions, research their merits, and present and defend their views.

NASA offers a number of valuable resources for educators.  The Rockets Educator Guide (link) is one in which I relied on heavily for my efforts.  This guidebook is available as a free pdf download on their website and contains background material and 16 activities for grades K-12.  It is my hope that you can use the SketchUp downloads below in tandem with Rockets Educator Guide for a comprehensive study of space exploration in your classroom.

The collection of lessons on this page will take students beyond the confines of Earth and bring them into the final frontier.