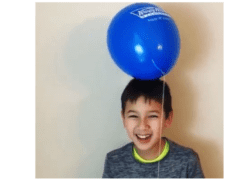 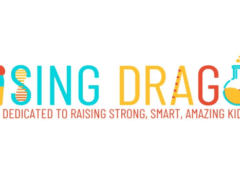 The boys came home with balloons from the donut shop so we used them to learn about static electricity.

When you rub a balloon against your hair electrons are transferred causing opposite static charges to build up on the balloon and your hair. The result is that they cling to each other. The boys had so much fun seeing how much shaking it took for the balloon to release and float to the ceiling! We have done this in the past with balloons that did not float but it’s so much more fun doing it with balloons that release and float to the ceiling! Check out more of our science experiments here.