Outside Podcast: When Nature Gets Heavy Metal 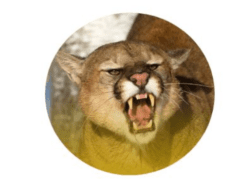 Search online music platform for “nature” and you get a lot of stuff designed to help you relax.

Recordings of chirping rainforest creatures, gently tumbling waves, a pulsing didgeridoo—it’s what you expect during a massage treatment. The reality is that nature is often far from tranquil. It can be barbaric, dissonant, and downright metal. In that spirit, this week’s episode presents two tales that pay homage to nature’s thrasher tendencies. One involves a threatening predator that was fought off with Metallica. After that, we’ll hear from a professional hard rocker who attempted to be the hero of a shipwrecked crew, and shared his experience at a storytelling event hosted by The Moth.