Outside Podcast: When 18 Tigers Were Let Loose in Zanesville, Ohio 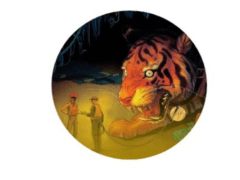 There are more tigers in captivity in the United States right now than all of the wild tigers in the world combined.

This is due to loopholes in the laws governing big-cat ownership—and it’s a dangerous problem. Besides tigers, people keep lions, cougars, leopards, and other big cats as pets. It’s not great for the cats that are locked in cages and basements, but it’s really not great for the people nearby when, inevitably, those cats get out. Today, we have the story of what police officers were forced to do when a man named Terry Thompson let loose 18 tigers, 17 lions, 8 bears, and a handful of other animals, and then shot himself. Nine years later, not much has changed in the way of regulation. It’s the first episode of a powerful four-part series from Longreads called Cat People that is coproduced by former Outside Podcast host Peter Frick-Wright.