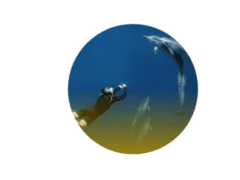 To write her three bestselling books on the ocean, Susan Casey went deep with great white sharks in California, big-wave surfing icon Laird Hamilton in Hawaii, and wild dolphins around the world. Her willingness to literally immerse herself in the topic of the ocean—she’s a former competitive swimmer—has allowed her to craft captivating stories that chronicle our relationship with the sea. And yet she’s a relative newcomer to the life aquatic. In the mid-nineties, she was Outside’s creative director, helping guide the publication to an unprecedented three consecutive National Magazine Awards. She was later the editor in chief of O, the Oprah Magazine. It seems that every time she tries something new she becomes one of the best at it. Outside editor Chris Keyes sat down with her to ask: How does she do it? And why is she so concerned about the future of the sea?