Outside Podcast: The Wrong Way to Fight Off a Bear 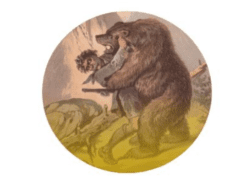 The odds of getting seriously injured by a bear in North America are slim.

There are just a few dozen bear attacks on the continent every year, and only a handful of them put someone in the hospital. But bear-human encounters are on the rise, in part because more people than ever before are heading out into bear country. This year in particular there have been a lot of stories of people fighting off attacks in dramatic ways, including that guy in British Columbia who ended up killing a black bear with a hatchet. But Colin Dowler has the most incredible story of them all, and his tale offers potentially lifesaving lessons for anyone venturing into the wild.