Outside Podcast: The Sound of Science 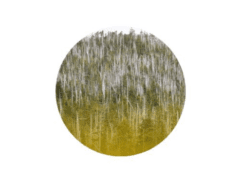 Scientists are compiling huge amounts of data on the impact of global warming, but the story of that data often gets lost.

Enter Nik Sawe, a researcher at Stanford who is transforming big data into music. Two parts science, one art, data sonification turns the numbers we tend to ignore into a very human story, and could potentially help scientists identify new trends and correlations that are easier to hear than to see.