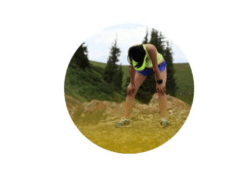 A while back, Outside contributor Meaghen Brown noticed a strange phenomenon among the elite ultrarunners that she was training with.

Runners would come on the scene, win races and smash records, and then a few years later succumb to a mysterious ailment that left them a shadow of their former selves. Top athletes were suddenly lethargic, depressed, and unable to train, and doctors couldn’t tell them why. Their problem, it turned out, was overtraining syndrome, or OTS. One researcher called it “the scariest thing I’ve seen in my time studying athletes.” And it’s not just runners that are at risk. In this episode, we look at how OTS can afflict anyone who takes a more-is-more approach to their sport.