Outside Podcast: The Hard Lessons of Climbing Superstar Conrad Anker 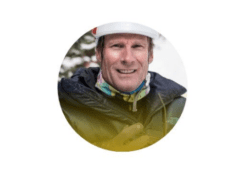 For two decades, Conrad Anker has been at the forefront of climbing, evolving into America’s best all-around alpinist.

With skills on rock, ice, and big peaks, he’s now something of an elder statesmen and mentor to a new generation of elite athletes. Though perhaps best known for finding the body of legendary British mountaineer George Mallory on Mount Everest in 1999, he is celebrated among climbers for scaling a variety of difficult and dangerous routes on technical peaks around the world. Outside editor Chris Keyes talks to Anker about his long journey from dirtbag to rock star, the critical importance of choosing the right climbing partners, and why some consider bottled oxygen a performance-enhancing drug.