Outside Podcast: The Everest Effect 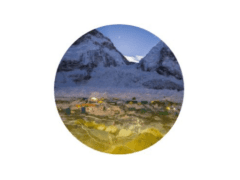 On the morning of May 25, 2006,  Myles Osborne was poised to become one of the last climbers of the season to summit Mount Everest.

The weather was perfect, and it seemed nothing would stop his team. Then a flapping of orange fabric caught his eye. He believed it to be a tent—until the fabric spoke: “I imagine you’re surprised to see me here.” The speaker was Lincoln Hall, who’d been reported dead the night before. He was gloveless, frostbitten, and hallucinating—but alive. Osborne’s expedition was faced with a dilemma: would they stay and help Hall, giving up the summit and endangering their own lives? Or finish this once-in-a-lifetime journey that had been years in the making? We explore the choice they made and look into the fascinating science around how we make decisions in high-risk environments—and live with them afterward.