Outside Podcast: The Devil's Highway, Part 2 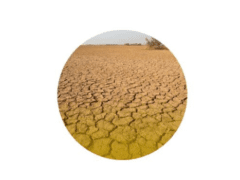 For centuries, the Devil’s Highway—a waterless pathway through desert in southern Arizona—was one of the deadliest places in North America, killing thousands of Spanish conquistadors, gold prospectors, and migrants.

Construction of a circumnavigating railroad allowed fatalities to taper at the end of the 19th century, but in the early 2000s, the route again became lethal. As immigration crackdown increased along other sections of the U.S.–Mexico border, illegal immigrants resorted to using the desert for entry, unaware that it would kill them. One infamous modern tragedy along the Devil’s Highway took place in spring 2001, when a large group, led by an experienced guide, set out from the Mexican border town of Senoyta. The disturbing outcome—and many others like it—helped researchers develop the Death Index, a new model for predicting dehydration fatalities.

Outside Podcast: The Devil’s Highway, Part 1
Outside

In this episode, we dive into the history of a desert that claimed thousands of lives, as well as the ways this particular tale has forever altered modern understanding of the limits of dehydration.