Outside Podcast: The Devil’s Highway, Part 1 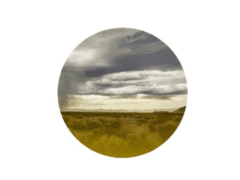 Thirst is an unpredictable threat.

In its early stages, it’s much like mild hunger. For centuries, hydration was as much superstition as science. But historical events at Devil’s Highway—a notoriously deadly path in the Sonoran Desert of Arizona—are proof of dehydration’s deadly risk. It was 1905 when Pablo Valencia, a gold prospector in his 40s, came stumbling into a geology camp, desperate for water. Valencia had spent the past six days wandering a 110-degree desert, where water sources can be separated by 100 miles, alone. He shouldn’t have been alive, but he was. Geologist William John McGee helped nurse Valencia back to health, bearing witness to the excruciating reality of what happens to the body while dying of thirst. In this episode, we dive into the history of a desert that claimed thousands of lives, as well as the ways this particular tale has forever altered modern understanding of the limits of dehydration.

Outside Podcast: The Devil's Highway, Part 2
Outside

For centuries, the Devil’s Highway—a waterless pathway through desert in southern Arizona—was one of the deadliest places in North America, killing thousands of Spanish conquistadors, gold prospectors, and migrants.