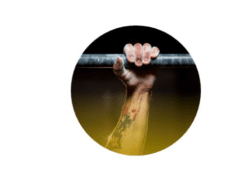 John Orth is a violin maker from Colorado. Andrew Shapiro is a college kid from Virginia.

They have little in common except that for the past two years, they’ve been trading back and forth the world record for the most pull-ups in 24 hours. Over the summer, they both set their sights on 10,000 pull-ups. It’s a number that would have been unthinkable two years ago, a number that seemed like it would reveal the very limits of what the human body can do. Instead they found a different limit.