Outside Podcast: Sweat Science - Learning to Love the Pain 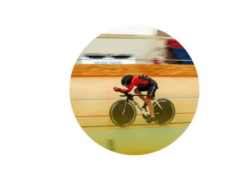 There’s no more painful pursuit for a cyclist than the hour record.

It’s just you, by yourself, on a bike, going as far and as fast as you can in 60 minutes. Eddie Merckx, considered by many to be the greatest pro racer in history, called it the longest hour of his career and only attempted it once. Others describe it as death without dying.

When her father passed away, Italian cyclist Vittoria Bussi decided she wanted this record for herself. For her father’s memory. For history. When she started training, other cyclists asked her, “Are you ready to die for the hour?” Soon she would discover that in order to succeed, she would have to completely change her relationship with pain.