Outside Podcast: Struck by Lightning 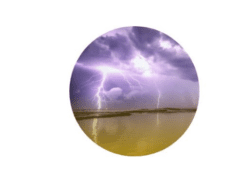 Most of the time, when lightning makes the news, it’s because of an outlandish happening, seemingly too strange to be true.

Like the park ranger who was struck seven times. Or the survivor who also won the lottery (the chances of which are about one in 2.6 trillion). Or the guy who claimed lightning strike gave him sudden musical talent. This is not one of those stories. This is about Phil Broscovak—who was struck by lightning while on a climbing trip with family in 2005—and the reality of life post-strike. In this intriguing episode, we investigate lightning strike recovery and the confounding, bizarre science that only hints at what Phil and other survivors endure. “You become a bag of shattered glass, really,” he says.