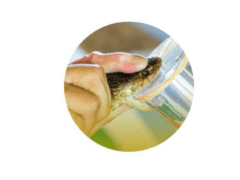 For the last 19 years, Tim Friede, a truck mechanic from Wisconsin, has endured more than 200 snakebites and 700 injections of lethal snake venom—all part of a masochistic quest to immunize his body and offer his blood to scientists seeking a universal antivenom.

For nearly two decades, few took him seriously. Then a gifted young immunologist stumbled upon Friede on YouTube—and became convinced that he was the key to conquering snakebites forever. Contributing editor Kyle Dickman, who wrote about Friede for Outside‘s June issue, guides us through this incredible story.

Outside Podcast: Snakebit, Part 1
Outside

Kyle Dickman’s on a quest to understand the toxins that nearly killed him—and trying to come to terms with a world where everything slithers.