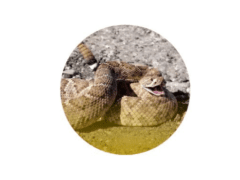 When Kyle Dickman set out on a spring road trip with his wife and infant son, he was fueled by a carefree sense of adventure that had defined his life.

Then he got bit by a rattlesnake in a remote part of Yosemite National Park.

The harrowing event changed his entire outlook on the world. Now he’s on a quest to understand the toxins that nearly killed him—and trying to come to terms with a world where everything slithers.

Outside Podcast: Snakebit, Part 2
Outside

For the last 19 years, Tim Friede, a truck mechanic from Wisconsin, has endured more than 200 snakebites and 700 injections of lethal snake venom—all part of a masochistic quest to immunize his body and offer his blood to scientists seeking a universal antivenom.