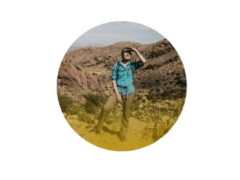 “If you’re not at the table, you’re on the menu,” says Sally Jewell.

Hopeful, thoughtful, slightly ticked-off, and surprisingly emotional, the outgoing Secretary of the Interior talks with Outside editor Chris Keyes about the presidential election and what it means for the future of public lands. Can environmental protections be dismantled? Will they? Are we going to see an increase in Malheur Wildlife Refuge-style occupations? America’s chief steward reflects on leaving her post and what we can expect from the next administration.