Outside Podcast: Richard Louv Wants You to Bond with Wild Animals 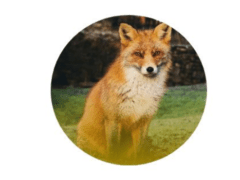 Author Richard Louv is best known as the author of Last Child in the Woods, his 2005 bestseller that established the phrase nature-deficit disorder and helped spark an international movement to examine the health benefits of spending time outdoors. His ideas were initially seen as radical—recall that in 2005, the iPhone didn’t exist yet—but today they’re ubiquitous. Now Louv is back with a new book, Our Wild Calling, that presents more radical ideas, this time about the need for humans to rekindle our relationships with other species. Outside editor Christopher Keyes spoke with Louv about the basis for his theories and why even the most serious scientists get that something special happens when we engage with wild creatures.