Outside Podcast: How a Fight Over Trees Transformed American Politics 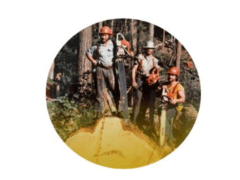 It wasn’t all that long ago that protecting the environment was an issue considered to be above partisanship.

In 1970, it was Richard Nixon who announced the formation of the Environmental Protection Agency and signed the Clean Air Act into law. So how did the environment become one of the most divisive issues in American politics? The answer is a fight over trees. In the 1990s, a fierce confrontation in the Pacific Northwest pitted loggers against activists and scientists trying to defend ancient forests. As it escalated into a national debate, it created new battle lines that would define decades of conflicts over everything from fracking to climate change. In this first episode of the new podcast series Timber Wars, journalist Aaron Scott of Oregon Public Broadcasting explains how it all got started—and why we’re still having the same fight in 2020.